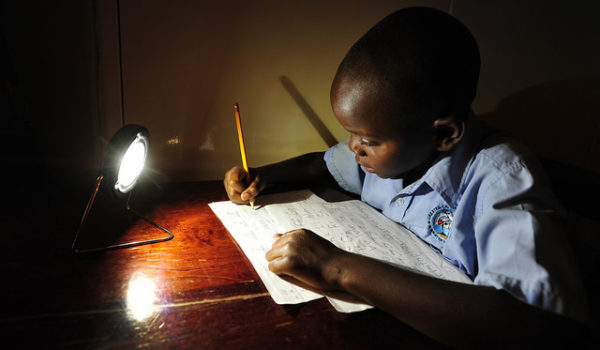 Africa is rich in resources and opportunities. In so many fields, however, the continent is yet to hit its stride, often because there is not enough political will to manage resources better and create necessary incentives. Africa’s energy crisis is a prime example.

Two-thirds of Africans – 620 million people – still do not have access to “affordable, reliable, sustainable and modern electricity”, one of the key global development goals. Decades of neglect and mismanagement have left Africa with some of the world’s worst-functioning grid systems.

Africa’s energy deficit continues to stifle economic growth, job creation, agricultural transformation, and improvements in health and education. To achieve the Sustainable Development Goals in Africa and globally, it is essential that the continent’s leaders face squarely the global energy “trilemma”: how to power the socio-economic transformation of their countries by providing electricity that is reliable, clean and affordable for all.

Several countries are showing what can be done to bridge the energy gap, fast. However, there is a need for greater action, across the board. That’s why the latest report from the Africa Progress Panel, Lights Power Action: Electrifying Africa, calls for a massive increase in investments – in on-grid, mini-grid and off-grid solutions – to solve Africa’s energy crisis more quickly.

Lights Power Action underlines that the 620 million Africans without access to electricity cannot wait for grid expansion. Grid-connected megaprojects such as large dams and power pools are essential to scale up national and regional energy generation and transmission, but they are slow and expensive. Governments must also increase investment in off-grid and mini-grid solutions, which are cheaper and quicker to install.

More needs to be done

Alongside greater investment, much more must also be done to better manage and prevent the loss of Africa’s existing resources, as the APP has emphasised in previous reports. That challenge is not only financial and technical, it is also deeply political. There is a pressing need for continued improvements in governance in the energy sector.

As the chair of the Africa Progress Panel, Kofi Annan, has said: “African governments have a vital task to undertake, one that goes to the heart of the continent’s energy problems: fixing national energy grids that are unreliable and financially fragile. Many energy utilities suffer from mismanagement and inefficiency. A lack of accountability and transparency nurtures corruption. These are serious and persistent problems, yet they are solvable, as many countries are demonstrating”.

Unreliable power supply is the main hurdle for businesses in Africa, as Lights Power Action notes. Thirty countries in Africa experience regular power shortages and blackouts, costing their economies on average 2% of their GDP, and up to 5% in some cases.

Power shortages are often a result of electricity transmission and distribution (T & D) losses incurred because of physical and technological deficiencies. Africa’s high T&D losses, well above the world’s average of 7%, represent a major challenge for the power sector. Their severe impacts on the quantity and quality of energy supply, as well as the attendant economic costs, are felt throughout the power chain.

It’s refreshing to see how strong political commitment, backed by financial support from multilateral banks and the private sector, has led to the implementation of T&D network development plans in countries such as Ethiopia, Ghana, Kenya, Mozambique and Nigeria. However, most of these investments are not specifically intended to connect the underserved. To accelerate the pace of energy access for all, the APP urges leaders to ensure that all urban and rural areas within the power grid’s reach are included in the planning and development of T&D networks.

Theft and the role of governments

The problematic power situation is exacerbated by corruption and mismanagement, as well as theft and vandalism. In our report, no finding shows the paucity of governance in the energy sector more starkly than the fact that in several countries a proportion of electricity theft – a problem across the continent –is carried out by organisations that are nominally part of the government, including the armed forces in some countries.

The analysis in Lights Power Action: Electrifying Africa shows that most electricity theft in Africa is carried out not by people too poor to afford electricity, but by people and organisations that consume large amounts of electricity and could pay for it, including government, corporate, industrial and commercial groups.

This reality emphasises why power provision is a highly political issue and an essential governance challenge in many African countries. According to Kofi Annan, “poor energy governance reflects the wider governance deficit that threatens to derail development efforts in a number of countries [but] where there is good leadership, there are excellent prospects for energy transition”.

The APP calls on Africa’s leaders to tackle the vested interests and networks of political patronage that are preventing many public energy utilities from providing optimal service in the national interest. The Panel also urges all governments to put in place integrated plans and policies to scale up Africa’s energy transition. In addition to enhancing and rolling out the grid, within countries and across borders, these plans should include incentives to invest in off-grid and mini-grid systems, protect consumers, and facilitate demand among disadvantaged groups.

“Traditional approaches to extending the grid are no longer viable as the main option for African countries”, Mr. Annan has said. “They will take too long and will not meet the needs of our growing economies and societies. Instead, governments and their partners need to seize the opportunity to re-imagine their energy futures”.

As Lights Power Action highlights, the recent rapid progress of countries such as Côte d’Ivoire, Ethiopia, Morocco and Rwanda in improving electricity provision shows just what can be achieved.

It’s time for Africa as a whole step up the pace today to create a bright new energy environment tomorrow.